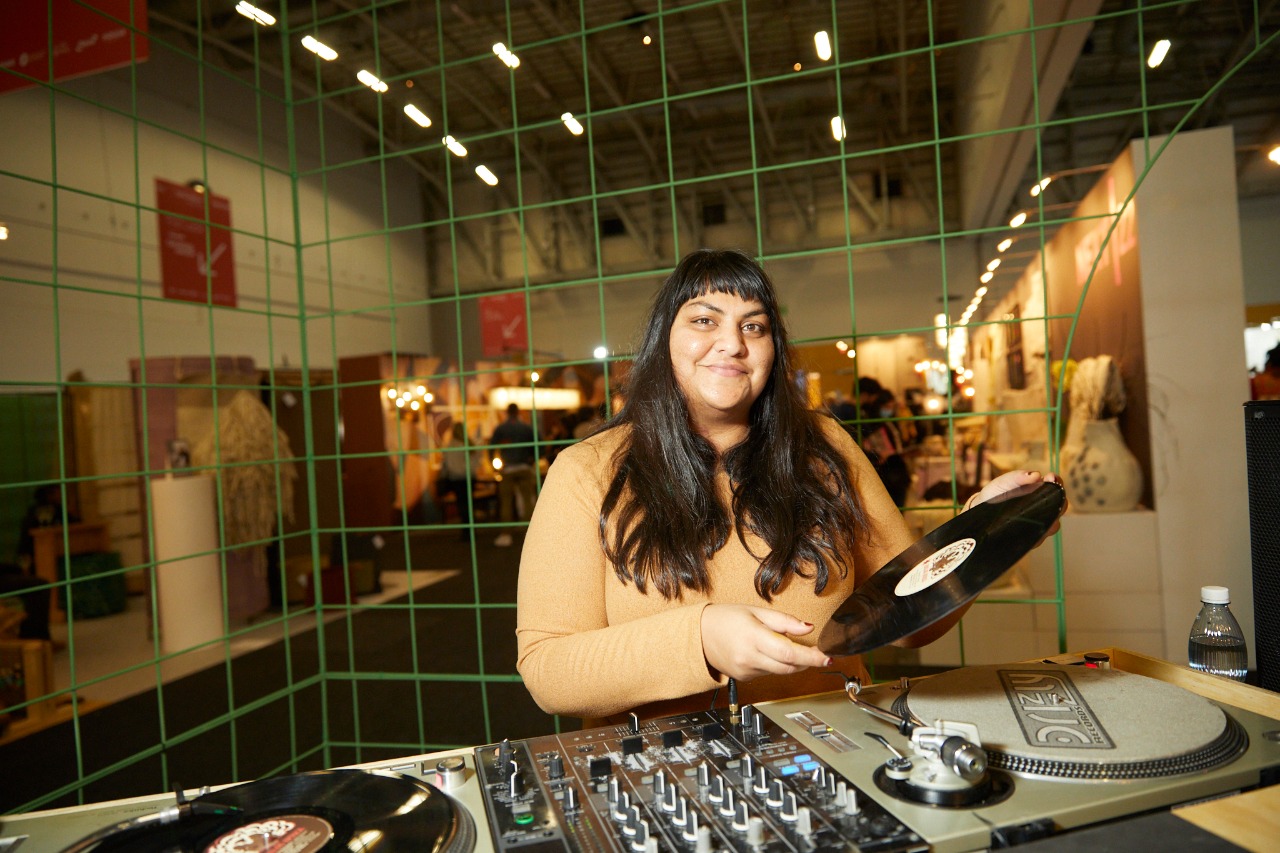 Crafting her own genre  through musical journalism

Khan wears many hats, as a  journalist, arts writer, archivist, DJ, record collector and events-curator in Cape Town. Since 2007, she has documented arts and culture and been published in major newspapers across South Africa. She is also the co-founder of music and art collective Future Nostalgia, which has been running since 2013. Future Nostalgia has established its name playing gigs across Cape Town, from small underground events to large scale festivals, and playing sounds such as  dub, cumbia, jazz, funk and music from the continent.

Khan was the arts and culture journalist for online publication The New Frame and hosts a monthly radio show on Worldwide FM. She has experimented with self-publishing with the 2019 zine Bismillah, which references Islam and music in Africa. Future Nostalgia’s website offers listeners access to ‘Rotations of ‘Bismillah’, an extended mix made exclusively for Worldwide FM, which is described as a “sonic zine mix consisting of sounds that interrogate what we mean by ‘African’ music – including various field recordings, library records and albums from across the continent including Gabon, Algeria, Morocco, Tunisia, Egypt, Somalia, Ethiopia, South Africa, Niger, Guinea, Gambia and more.” The mix is intended as an accompaniment to Bismillah, exploring Islam in Africa through poetry, Arabic calligraphy, record covers, liner notes and archival material in the form of sound, text and images.

Khan’s alter-ego is DJ El Corazon, whose biography lists her as a selector, crate-digger and archivist from South Africa, who spins records as a way to communicate through sound. Her sets explore music beyond boundaries, aiming to form transcontinental connections, and to evoke curiosity in the possibility of sound. Khan started collecting records more seriously when co-founding Future Nostalgia. The collective functions as a platform to bring collectors, selectors, deejays, and diggers together, and hosts regular vinyl listening sessions around Cape Town.
In December 2017, Khan took on the role of sound artist working with Zimbabwean dancer and choreographer Nora Chipaumire. Their combined work, titled 100% POP, was first performed at The Institute for Creative Arts (ICA) at the University of Cape Town’s Hiddingh Campus. It toured internationally between 2018-2020, throughout Europe and the United States.