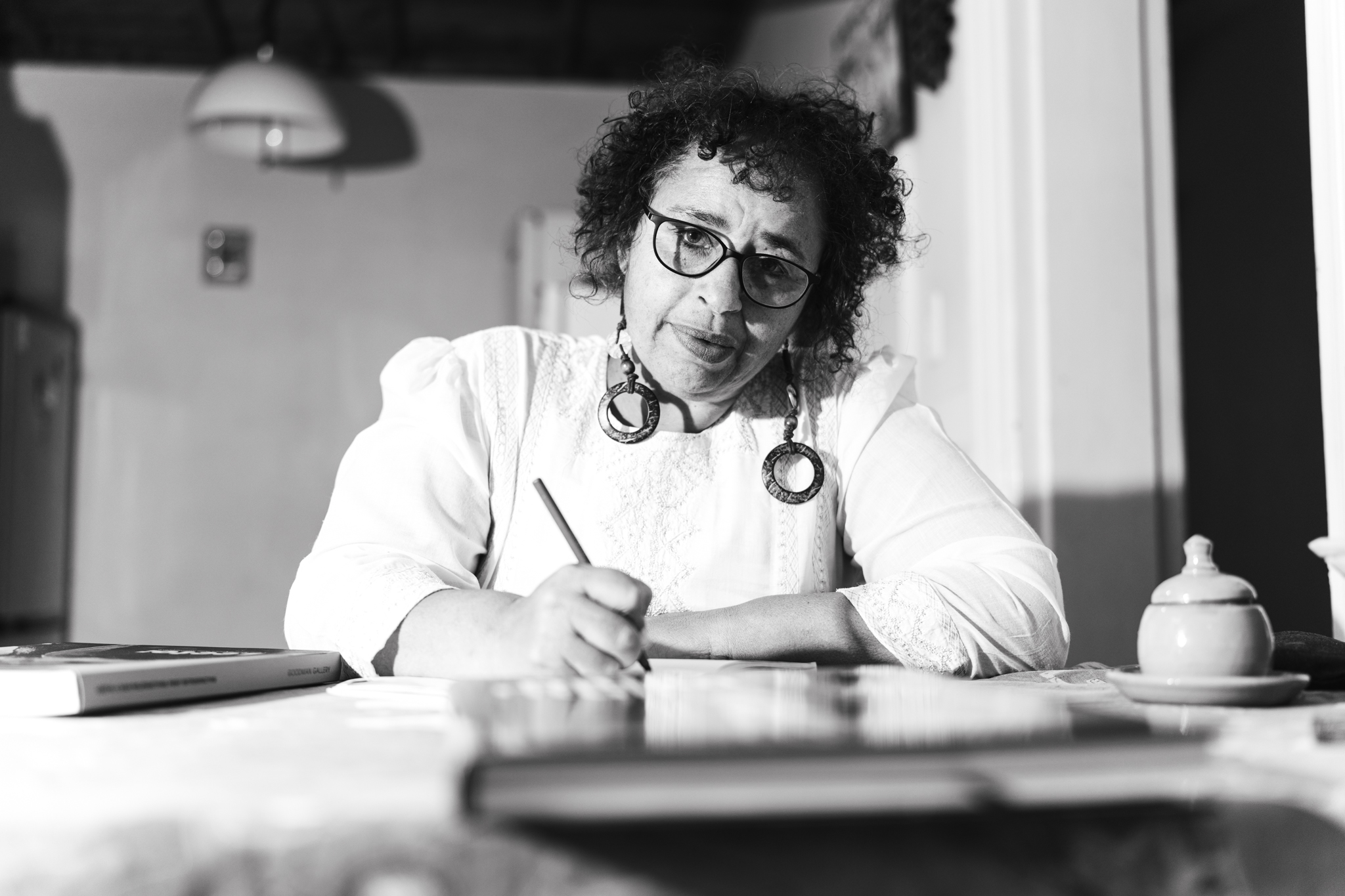 Philippa Yaa de Villiers has spent a career in the arts exploring an elusive otherness. Daughter of an Australian mother and a Ghanaian father, she was adopted at nine months old, and her birth story was not shared with her until age twenty. Yaa de Villiers has said that the negotiation of her particular situation has informed much of her writing.

Multi-talented as a writer, poet and actor, Yaa de Villiers obtained her BA degree, with Journalism as a major, from Rhodes University, going on to obtain an Honours in Dramatic Art and Scriptwriting from Wits University and to study mime and theatre at the Lecoq International School of Theatre in Paris. In 1998, as a graduate of Lecoq, she returned to South Africa and worked as an actor with Theatre for Africa, famous for its use of mime, mimetic sounds, and minimalist costume and stage design to tell stories, particularly on environmental and ecological issues.

An episode of Bell’s Palsy intervened, propelling Yaa de Villiers towards a career more focused on writing, although she continued to work in street theatre and performed with Theatresports at the Market Theatre Laboratory. A distinguished career in scriptwriting saw her writing for the SABC, with scripts for Backstage, Tsha Tsha, Thetha Msawawa, Takalani Sesame and Soul City among others. Her theatre scripts include the two-hander Where the Children Live, and the one-woman show Original Skin, which she performed in South Africa (including at the Grahamstown Festival) and abroad.

Yaa de Villiers has published three poetry collections, Taller Than Buildings (published by The Centre for the Book), and The Everyday Wife and ice cream headache in my bone (both published by Modjaji); reviewers have described her poetry as “silence-smashing”, “unafraid to be erotic” and “sometimes tragic, always irreverent.” Philippa has been praised for her performances and readings of her work, which emphasises “an elusive ‘between-ness that evades easy categorisation.” Her multiple identities are echoed in her career –  since 2007 she has read and performed at poetry festivals in Germany, Denmark, UK, Cuba, Sweden, Zimbabwe and Ghana, and her work is translated into French, Dutch, Flemish, Burmese, Mandarin, Italian, German and Spanish.
Poet Kelwyn Sole, in a review of ice cream headache in my bone, notes of Yaa de Villiers that: “she never loses sight of the post-industrial reality of degenerating modernity in which we live.” In 2022, she was awarded a JMS50 Alumni Award from Rhodes University, for her contribution to theatre, television, prose and poetry in South Africa, and her voicing of the sense of ‘between-ness’ experienced by many in this still fractured country.