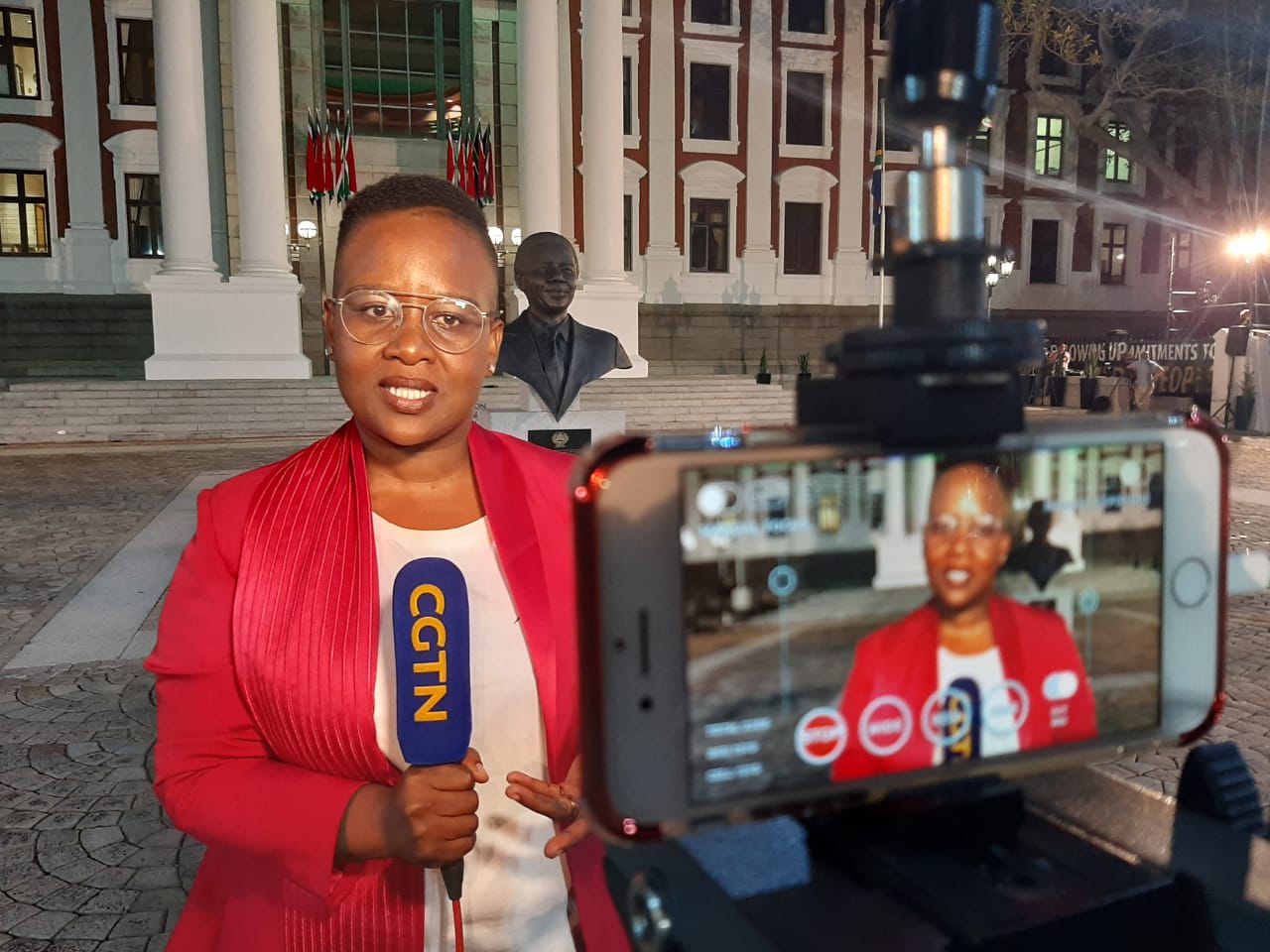 Yolisa Njamela-Zikhali was awarded her postgraduate diploma in Journalism and Media Studies from Rhodes University, and has been working in the media for the past 24 years. Her career has seen her working in radio, television, print and digital media, for broadcasting houses including the SABC, BBC, Channel News Asia, Health-E News and CGTN Africa, America, London and Beijing. Njamela-Zikhali has been the content manager for publications including Leadership Magazine, Move Magazine, Harambe, and Real Magazine.  She also worked as a Content Specialist Executive at loveLife dealing with HIV/AIDS content production for the youth focused HIV prevention initiative in South Africa. During this period, she collated HIV/AIDS content delivered over South African broadcast media, for presentation on MTV, and at the United Nations.

With such rich experience as a senior political reporter on the African continent, she has worked on pivotal stories such as the South African national and local elections, SADC elections, the long hospitalization period of Nelson Mandela and his subsequent state funeral, the ANC centenary, the acclaimed Nelson Mandela lecture delivered by Barack Obama, and the build-up to the 20th anniversary of freedom in South Africa.

Njamela-Zikhali has also produced highly acclaimed radio shows, including the popular SAFM Current Affairs show presented by Tim Modise. While working with the SABC, she was part of the executive content development team for Khumbule’ Khaya, the premise of which is to connect long lost families which have been displaced by the country’s migration system.

Currently Njamela-Zikhali is a Director for ZN Productions, a 100% black female-owned media production and project management house.  ZN is equipped to effectively deliver news features and documentaries, and has produced content for CGTN on the art scene in South Africa. ZN also offers artist management, and, with her experience in the media space, Njamela-Zikhali has been managing Doctor Noxolo Grootboom since Dr Grootboom retired as a news anchor. Grootboom, who has been described as a living legend, has used her long career as a news broadcaster to uplift South Africa’s linguistic heritage. In 2021, Mam’ Noxolo was awarded an Honorary Doctorate from Njamela-Zikhali’s alma mater, Rhodes University, for her significant promotion of national pride and culture, and in 2022, Njamela-Zikhali was awarded a JMS50 Alumni Award from the School of Journalism and Media Studies at Rhodes, for her dedication to reporting, particularly in the political and health spheres.