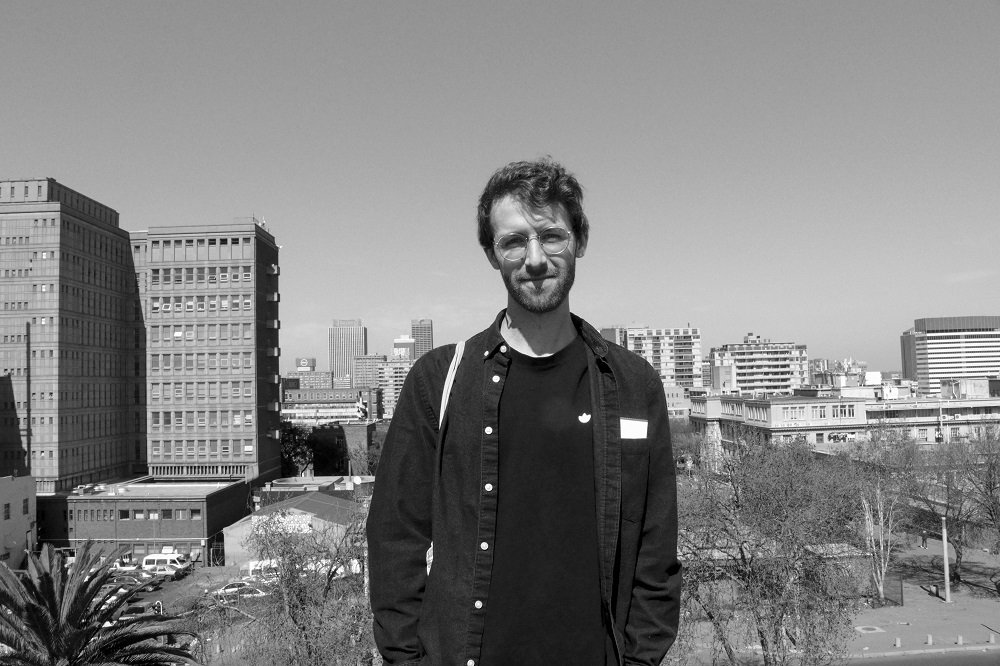 Cape Town-born David Mann is an award-winning writer, editor and arts journalist based in Johannesburg, South Africa. He currently works as the process writer for William Kentridge’s The Centre for the Less Good Idea, described as a space to follow impulses, connections and revelations, and one which is a “safe space for failure, for projects to be tried and discarded…a space for short form work which doesn’t have a natural home in a theatre or a gallery.” Mann, who is a graduate in Journalism and Media Studies from Rhodes University, where he specialised in writing and editing, and who holds a Masters in Creative Writing (with distinction) from Wits, is a writer interested in experimenting with words and language, exploring outside the conventional structures of reading and writing.

As well as his work with the Centre, Mann is the editor of Creative Feel magazine. He is also the co-founder and publisher of the award-winning, DIY literary and visual arts journal, Ja. magazine, which ran from 2015–2021, and has previously worked as the managing editor of the arts publication Between 10 and 5. During his Rhodes years, Mann worked on Cue, the former print publication of the National Arts Festival, as a writer,  sub-editor, assistant editor and Fringe supplement editor.

Mann is interested in the role art can play in helping one make sense of the world and one’s place in it. Specifically, it is in the act of writing alongside, rather than in response to, the artistic process that he finds a home for his practice. His journalism, reviews and essays on art have appeared in publications including Mail & Guardian, ArtFormes, Business Day, Sunday Times, Daily Maverick, ArtTimes, The Con Mag, ArtThrob and more, and his fiction and creative non-fiction have appeared in AFREADA, The Kalahari Review, ITCH Creative Journal, Sunday Times Books, Imbiza Journal, The Thinker and New Contrast. His MA output is a collection of short stories inspired by the South African art world.
His short-form, text-based works have been featured in the 2021 Infecting the City public arts festival and The Poetry Minute project (2021). He has worked as both an editor and writer for Book Dash, a South African social impact publisher of free books for very young children; the Book Dash 12-hour book-making methodology is based on the vision of every child owning a hundred books before the age of five. Mann’s contributions to Book Dash include editing The Best Nest and Bora the Brave, and authoring What’s at the Park? In 2022, the School of Journalism and Media Studies at Rhodes University awarded Mann a JMS50 Alumni Award for his contribution to arts journalism, creative writing and publishing, and for producing quality books for children.