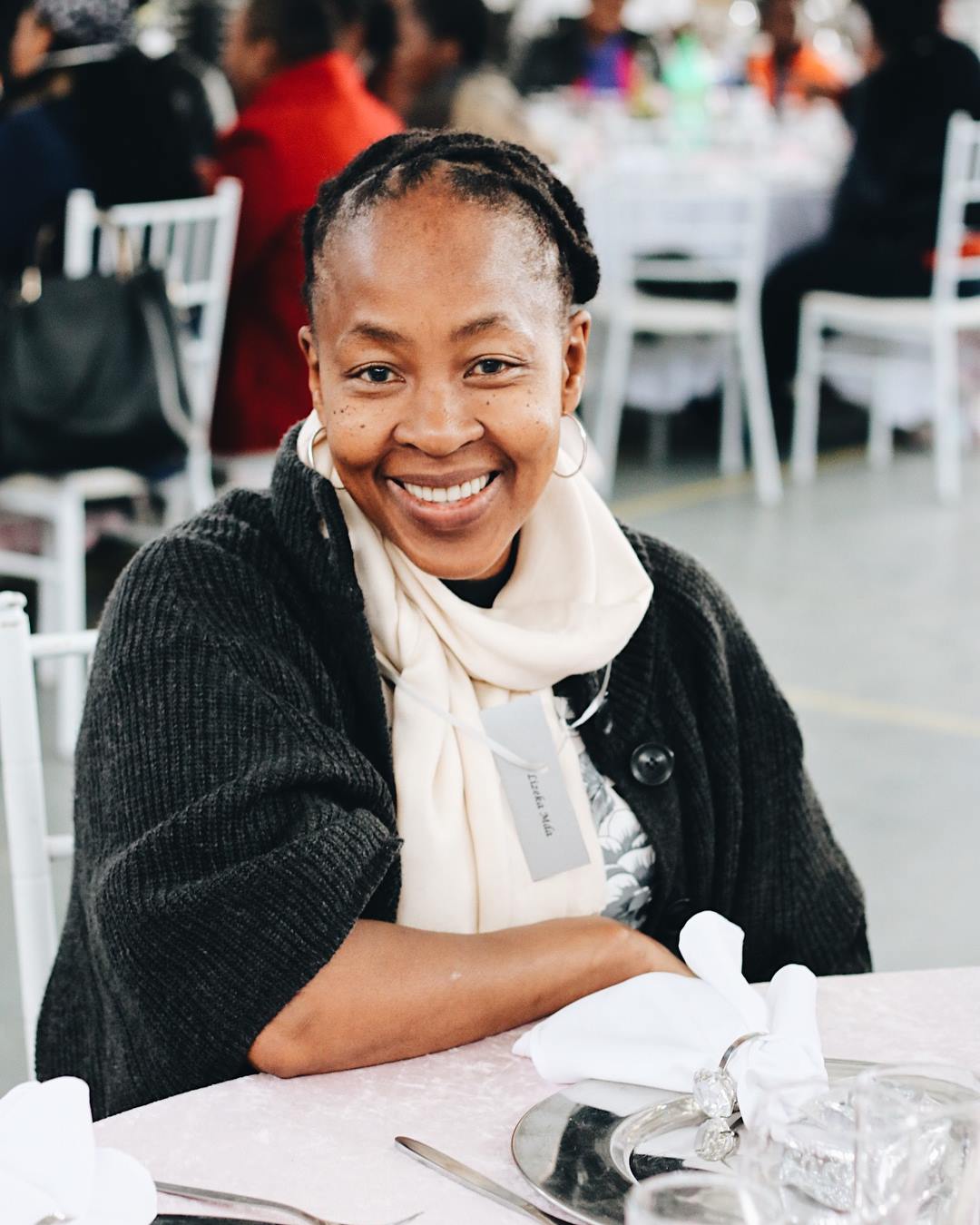 Lizeka Mda graduated from Rhodes University in 1984 with a B.A. Honours in Journalism and Sociology. Her time at the university remains fresh in her memory; in an article in the Daily Maverick paying tribute to her friendship with a fellow alum who passed away in 2021, Mda recalls her time in Olive Schreiner residence, the camaraderie between students and the joy they found in the jokes they stuck to the back of the restroom doors. In 2022, she was recognised by her alma mater with a JMS50 Alumni Award for her outstanding contribution to communication and media and her ongoing commitment to journalism education.

Mda has excelled in communication and media for nearly four decades, from a reporter on social, political, and economic issues to title editor to the publisher of several magazines. She has written for local and international publications on diverse topics, from media to migration. She has produced radio programmes on politics and society for the SABC, the BBC, and the Canadian Broadcasting Corporation. Mda has authored fiction and non-fiction books and regularly presents papers at international conferences, with a special focus on African Media.

Her career has included roles as a senior writer for the Mail & Guardian, Deputy Editor at City Press, Executive Editor at The Star, and editor-in-chief of Sawubona magazine. At a time when media was strictly delineated along racial lines, Mda provided content for Cosmopolitan, a ‘white’ magazine, on a freelance basis, which led to her being offered the position of Johannesburg bureau chief for Femina, Cosmo’s sister magazine, for the period 1992 to 1994, the crucial years moving from apartheid government to democratic rule.

She is a Nieman Fellow of Harvard University, specialising in globalisation, and a Ron Brown Fellow of the National Minority Business Council, New York, focusing on book publishing.  Mda has served on the executive board of the South African National Editors Forum and the Appeals Panel of the Press Council. She is a World Press Institute Fellow, class of 1993, and the convenor of judges for the Standard Bank Sikuvile Awards for Journalism Excellence.

Currently a lecturer in journalism practice with Wits Journalism School, Mda’s contributions to Journalism in South Africa are not solely contained in her writing and teaching practice but include being on the appointments panel that transformed the Office of the Ombudsman into the South African Press Council in 2007. This was no small task, as the panel overhauled the office’s structure, recruited the first ombud and deputy, pushed the chief justice to appoint a retired judge to head the Appeals panel, and recruited public representatives of the appeals panel. Afterward, Mda served on the  Appeals Panel as a media representative, seconded by Media 24.