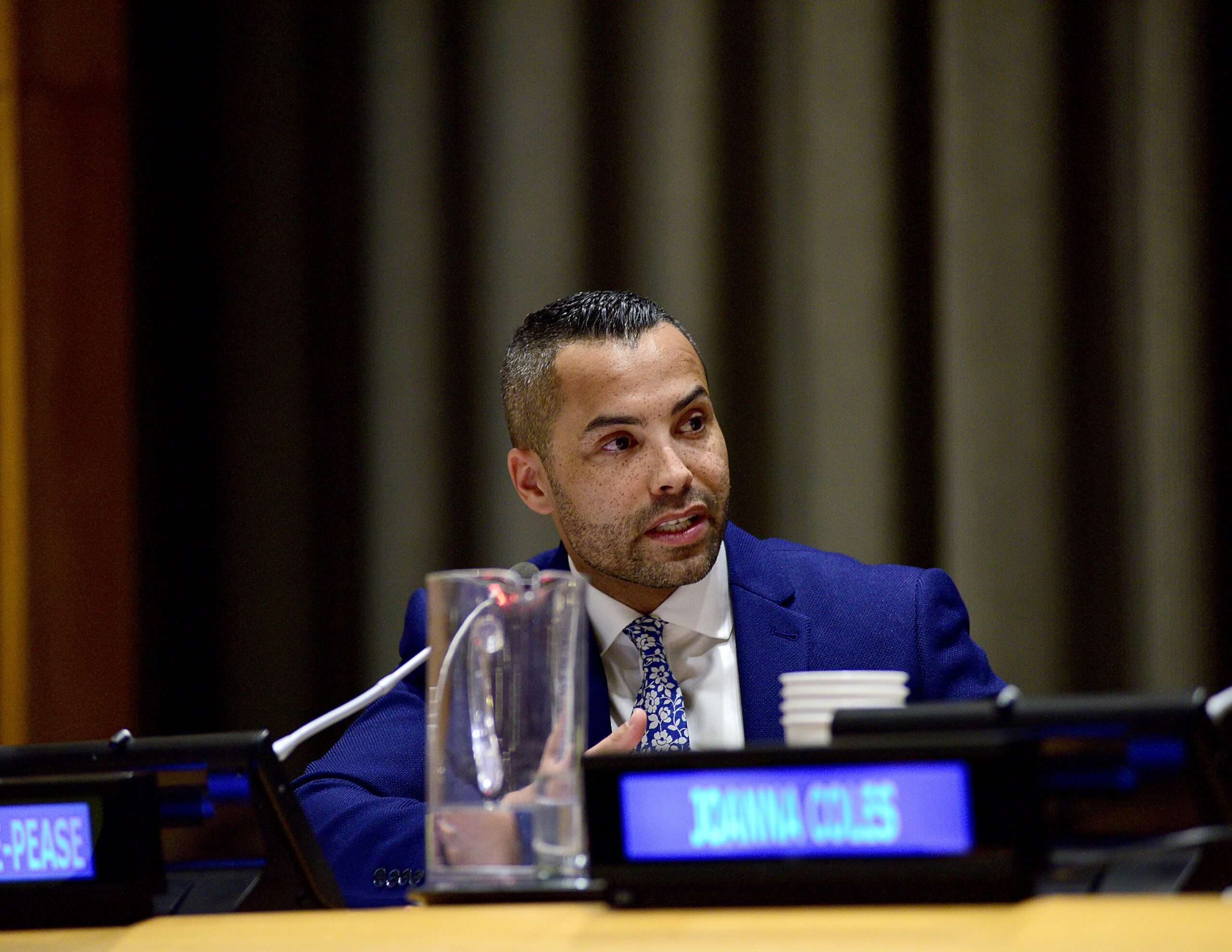 Sherwin Bryce-Pease: SA’s honest correspondent who is Stepping it Up for women in newsrooms across the globe

An Eastern Cape original, born and raised in East London and educated at Rhodes University, Sherwin Bryce-Pease completed a degree in Journalism and Linguistics at the start of the new millennium. Sherwin’s first job was in the Development and Alumni Relations Department at Rhodes, during which time he planned a fundraising visit for the then-Vice-Chancellor to the United States, arranging meetings with various US companies, universities and foundations. After this, Sherwin took up a role as a marketing and communications intern in the US, during which time he also worked as an International Communications Liaison for Rhodes University.

After this beginning, Sherwin has excelled in both radio and television journalistic spheres. On his return to South Africa from the US, he took up a radio position at SAFM as drivetime news anchor and bulletin writer, followed by a stint as Insert Producer and Co-Anchor of the SABC’s Weekend Live, with stand-in appearances on SABC 2’s Morning Live.

In 2008 Sherwin returned to the United States as the SABC’s US Bureau Chief and Correspondent, based at the New York offices of the United Nations. His high-profile interviews for the SABC include then-US President Barack Obama, former South African Presidents Jacob Zuma, Thabo Mbeki and Kgalema Motlanthe, UN Secretary General Ban Ki Moon, former Chilean President and Executive Director of UN Women Michelle Bachelet, and Nobel laureates Nadine Gordimer and Shirin Ebadi, among others.

Sherwin has not forgotten his roots in the Eastern Cape. He remains a passionate Old Rhodian and acts as a trustee for the USA Rhodes University Trust. He regularly donates large sums of money to the Rhodes’ bursary fund, to assist students in need to access the top quality education he himself received. A passionate supporter of gender equality, Sherwin works to ensure more women are able to work in newsrooms. To this end, he is a supporting signatory to the UN Women’s Step It Up for Gender Equality campaign.

In 2017, Sherwin served two terms as President of the United Nations Correspondents Association becoming the first African to be elected to this position. He has been recognised in the broadcasting category of the UN Correspondent Association Awards, and received the Ricardo Ortega Memorial Prize for television and radio.

In 2016, he received an Emerging Old Rhodian Award, and is now recognised again by his alma mater with a JMS50 Alumni Award. One of many alumni who are representing South Africa in other countries, Sherwin currently lives in Manhattan, and is grateful for the opportunities that journalism has given him. He confesses to missing South Africa, and especially misses a South African braai with his family, during which he might watch his team, the Vodacom Bulls (previously the Blou Bulle) playing a good game of rugby.