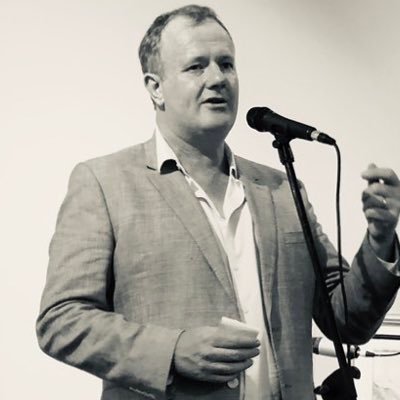 Tony Lankester: Carefully curating art one festival at a time

Tony Lankester has made a habit of making things happen in the radio and theatre worlds.

Arriving at Rhodes University in 1991, after a gap year spent in the United States, Lankester applied himself with dedication to his Journalism and Media Studies course, and threw himself with enthusiasm into Rhodes Music Radio, then a small campus station broadcasting only to the residences on campus via a system of wires linking the studio to speakers in res common rooms.

Tony was part of the RMR team granted a temporary broadcast licence, in conjunction with Radio 5, for the duration of the National Arts Festival in 1991. The granting of this licence broke the 50-year monopoly held by the SABC on independent radio stations, and Festival FM, with an FM frequency for a 5km radius, was a great success. Artists including Robin Auld and Not the Midnight Mass came into the studio to perform, and interviews were held with popular performers at the Festival. This ability to draw artistic talent to his projects became an essential part of the Tony Lankester brand, and he expanded into a role as Talk and Magazine Programme Manager at SAFM, into interviews with political leaders, artists, community stalwarts and many others.

A stint in the commerce world, marketing for Old Mutual, honed his business skills, which came in handy for his 12-year role as CEO of the National Arts Festival, back in Makhanda/Grahamstown. Under Tony’s curatorship, the Festival grew in size and embraced its identity as a deeply African endeavour. On his departure, Tony was thanked by the National Arts Festival Board for the vibrancy, freedom and creativity which, under his leadership, created space for artists to embrace and share their cultural heritage on the stage.

Tony’s natural enthusiasm for people, and his ability to interact with those from all walks of life, led to his expanding the Festival’s footprint during his time as CEO, taking on additional roles such as the Project Manager of the South African Pavillion at the 2013 Venice Biennale, acting as co-curator of the Creativate Digital Arts Festival and as Chief Executive Officer of the Sharjah Fringe Festival.

In 2019 Tony and his family headed for London, where he took up the role of General Manager of Riverside Studios, just in time to be hit by the Covid-19 pandemic and subsequent lockdowns. This came at a difficult time for Riverside, which had only just reopened after a five year closure for rebuilding work and which had incurred significant debt during that time.

As soon as the stars aligned, namely the easing of lockdown rules, the lure of the iconic Riverside Studios and Tony’s gift for people, TV personalities Stephen Fry, Jo Brand and Eddie Izzard, Gyles Brandreth and Dara O’Briain are just some of the famous names who came to its aid when the venue was closed by COVID-19. Starting in April 2020 these UK celebrities presented a series of online quizzes to raise cash for the embattled institution. Now, in 2022, Riverside has been running a series of community initiatives designed to increase access to the arts. For Tony, coming from the tight community feel of Makhanda/Grahamstown, this is finally becoming the space he intended it to be in 2019.